Reinventing a Gas Station as a Hub for Multi-Modal Mobility

What can be done to convert the traditional grimy, unpleasant petrol stations of today to something more in line with a future of alternatives to fossil fuels?

Eni, a major multinational energy company based in Italy, recognizes that these relics of an earlier age will become obsolete, but for now drivers still need refuel their vehicles. So, the company asked the Mobile Experience Lab to consider incremental changes that could begin now, employing new technologies and offering new services and experiences to drivers.

After 2000 kilometers of ethnographic observations in gas stations, we began by reimagining the fuel station of tomorrow. We studied how people behave today at Eni petrol stations in Italy and considered the benefits users could derive sooner rather than later. 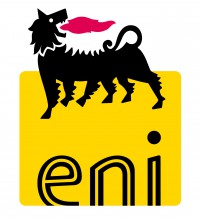 Designing for the Fuel Station of Tomorrow

BusBuzz: Social Music in the Bus

Creates ad-hoc music networks with the people around you.